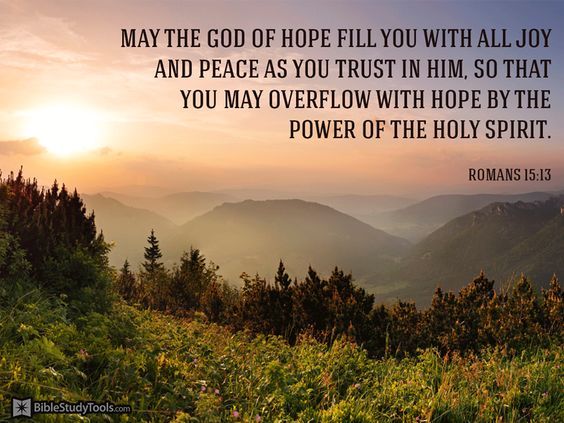 Hope.  That is something that is always in short supply all around the world.  No matter what country you live in, there is not enough hope.  The above verse in Romans tells us that we can not only have hope, but have it to overflowing when we trust in God in the power of the Holy Spirit!  That is not something the world can offer anybody.  That kind of hope is only found through Jesus!

I would like you to think about the context of the time in which this verse was written by Paul.  It is his letter to the church at Rome, hence the Book of Romans.  Christians were being persecuted in Rome.  They were being killed in the coliseums as an entertaining spectacle for the violent crowd that watched.  No, they didn’t make them fight like gladiators.  They tied them to poles and let lions attack and eat them.

The persecution was so bad that they hid in the catacombs under the city.  They had to create secret signs, so they would know who they could trust.  That is where you get this image from:

The Christians would use the symbol to tell each other they were Christian and it was safe.  Here is a great explanation from Author Matt Slick of Christian Apologetics & Research Ministry (carm.org):

The word is also the Greek word for “fish,” icthus, ἰχθύς which when spelled in capital letters in Greek is ΙΧΘΥΣ.  Remember, Jesus called the fishermen to be fishers of men (Matthew 4:19).  Jesus used the metaphor to represent evangelism in the proclamation of the gospel by which people are saved from their sins.  Christians began using the fish as a symbol of Christianity in the first century.”

Thank you Matt for that excellent history lesson!  I recommend checking out carm.org!

It was violent in Rome.  We all know this from history.  The Romans were brutal to the Christians.  So, for Paul to be writing about overflowing hope seems a bit odd because in their physical circumstances they were suffering terribly.

Why could Paul write that?  Because he was very familiar with the power of God through suffering.  He knew that God would fill them with all joy and peace as they trusted God through their violent circumstances.  Paul had been living through it too!  Many times the Jews and Romans tried to kill Paul.  Many times they tortured and imprisoned him, and he ultimately died for his faith.

He knew that the Holy Spirit would be the only strength that could get them through it with all joy and peace.  He also knew that would lead to an overflowing of hope in the Holy Spirit.  He knew the believers in Rome would need to dig deep into the hope that salvation brings!

Our hope is not in this world.  This world cannot offer us hope.  Only God can do that, and He did!  He died for you, so you can be free from sin and death!  Now that, my friends, is real hope indeed!

Remember the Christians who were tortured and murdered in the coliseums next time you see the “Jesus fish” symbol on somebody’s car.  Using that symbol was the difference between life and death for them.  Someday we will meet all of those who were killed for their faith in Heaven.  May we be as strong in Christ, and may we overflow with hope by the power of the Holy Spirit!

“Praise be to the God and Father of our Lord Jesus Christ!  In his great mercy he has given us new birth into a living hope through the resurrection of Jesus Christ from the dead, and into an inheritance that can never perish, spoil, or fade–kept in heaven for you, who through faith are shielded by God’s power until the coming of the salvation that is ready to be revealed in the last time.”

Boom!  That is real hope–a living hope that never perishes, spoils, or fades!

Grace and peace to you all!  May your hope in Jesus be alive and well always! 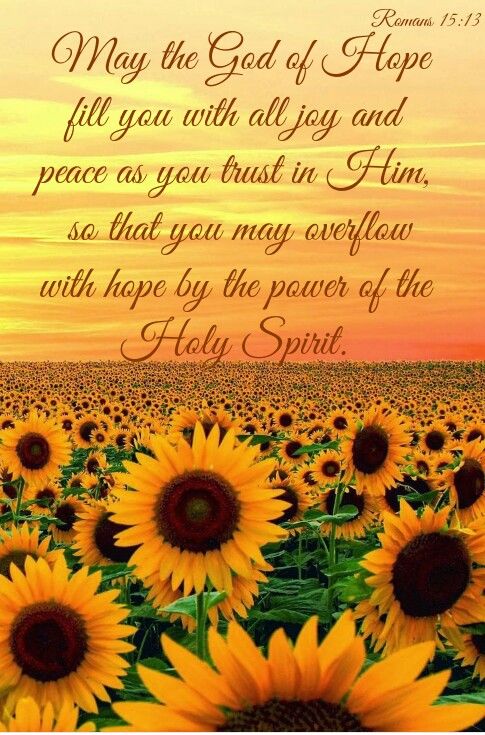