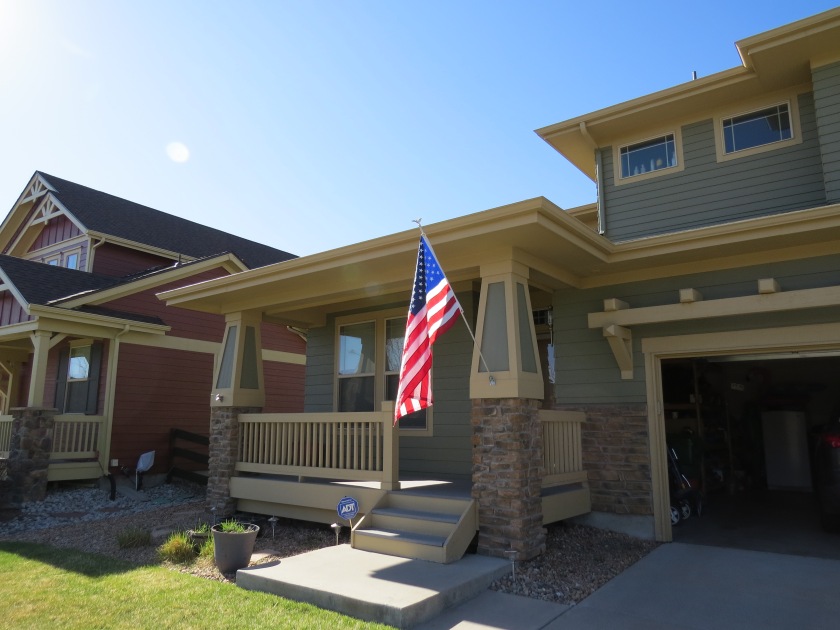 Due to all the craziness here in America, I have been writing a lot about all the social and political issues swirling around us.  It is always important to include a Christ centered perspective in the nationwide conversations we are having.  These conversations are changing and shaping our society, and we must speak God’s truth to it all.  Today, I want to address the rapidly spreading idea of reparations, and how ridiculous and sinful it is.

If you haven’t heard, the radical leftist hate group “Black Lives Matter” has added a new demand to their list after their wildly successful “defund the police” campaign.  Now they want reparations for the sin of black slavery in America.  That is, they want the government to literally pay every black person in America money for the damages caused by slavery over 150 years ago.  Don’t think it could happen?  Just look how fast “defund the police” caught on.  I could totally see Pelosi writing a bill for reparations.  Look how much money she stole with the CARES Act!

Some have even suggested the government pay every black person a permanent livable wage.  The founder of BET (Black Entertainment Television), Robert Johnson, declared on CNBC Monday morning that the government should pay 14 Trillion dollars in reparations in the form of a cash wealth transfer.  He said white Americans need to recognize “damages that are owed.”  Not only is his suggestion ridiculous because there isn’t even that much cash available in our country’s economy, but the whole idea is ridiculous.

How far back should we go?  How many people groups should we pay back for all the wrongs committed against them?  My ancestors came from Ireland.  When they arrived in America, they were hated and persecuted and they lived in the New York City ghettos with the blacks.  They had to come up from nothing and scrap and fight every step of the way.  Should white ancestors of the Irish, like myself, be paid reparations for that?  NO, and I wouldn’t want it anyway!

Nobody is denying that slavery was a horrific sin and should have never happened.  But putting that sin on every white person in America is sinful too.  Nobody in our current society has ever owned black slaves.  Republican northerners didn’t own slaves and it was the Republican President Abraham Lincoln who set the slaves free back in 1863.  Democrat southerners were the slave owners and it was the Democrats who started the KKK too.  Even so, no current southerner in our modern society has ever owned slaves either.  I was born in the late 1970s.  If you want to get real specific about it, none of my Irish ancestors owned slaves either.  I come from a persecuted people who were treated poorly alongside black people, remember?

I’m tired of hearing about “white privilege” too.  What white privilege did my Irish ancestors have?  They worked hard labor building this country.  They sweat it out in the factories and mines and laid the tracks that took our nation West.  They didn’t demand reparations and we still don’t.

I’ve been working hard since I was a kid and so has my family.  We are all subject to the controls and forced inflation of the Federal Reserve no matter our color.  People don’t need handouts.  We need good steady jobs in a thriving economy!  If you want to make it in this country, you better be ready to work hard for it.

What white privilege do I have?  I was diagnosed with Celiac Disease on 1-6-2012.  I lost everything!  My job, my money, my health insurance, and it almost cost me my life.  I have been unemployed for 8 years now as I fight this disease every day.  It doesn’t matter that I’m white!  Nobody will hire me and nobody cares that I’m white!  Our state doesn’t even allow disability income for people with Celiac!

Should I talk about how all of you healthy people discriminate against those of us who are chronically ill?  Should I demand reparations and talk about “healthy privilege” and how you get all the jobs, benefits, and money while we are cast out of society like lepers?  It’s easier for a healthy black person to get a job, than it is for a sick white person.  Hashtag healthy privilege, right?!  Chronically ill, injured, and disabled lives matter too.

Reparations for slavery is absolutely ridiculous!  I did not commit the sin of slavery and I am not a racist.  I have nothing to apologize for regarding my white skin and God does not hold me accountable for the sin of slavery.  That sin is not on me or my children, and we don’t owe money to anyone, no matter what color they are.

Jesus Christ died for the sins of all mankind.  Each one of us is accountable to God for our own sins, and we must all individually stand before Him at our last breath.  The only way to be forgiven of our sins is through faith in Jesus Christ.  When you believe in Jesus, your sins are nailed to that cross and you become a redeemed child of God!  There is no condemnation in Christ and God keeps no record of wrongs!

“Jesus answered, “I am the way and the truth and the life.  No one comes to the Father except through me.”

“This righteousness from God comes through faith in Jesus Christ to all who believe.  There is no difference, for all have sinned and fall short of the glory of God, and are justified freely by his grace through the redemption that came by Christ Jesus.”

“Their sins and lawless acts

I will remember no more.”

We don’t need reparations.  We need reconciliation with God!  We all need His forgiveness and love, and that is the only thing that is going to truly change this world.  Blaming all white people in current day America for the sin of slavery that we did not commit is only going to bring more pain and division.

BLM is not seeking healing and reconciliation.  They are seeking revenge.  Hate, anger, and fear are their fuel and they are burning down our country with it.  A BLM mob even vandalized a statue honoring a man who was a slavery abolitionist.  Do they even know why they are knocking down statues?!  No, they don’t.  They are knocking them down simply because they are statues of famous white people from our history.  There is a word for that, it’s called racism.

BLM is not fooling me.  They get what they want through threats, intimidation, force, and violence.  Hating cops was just the beginning.  Their whole agenda is actually based on hating white people and they want to make us pay in any and every way they can.  Some in their group even called for making black only hospitals!  I suppose they want to put up signs that say “No Whites Allowed” and make us sit at the back of the bus too.  Would that satisfy their vengeful hearts?

I pray against their hatred and I pray the Lord heals their hearts.  I’ve said it before and I will say it again, divisions of the flesh come from satan!  Are there real racists in this country?  Yes, and they come in all colors.  Not one race has a monopoly on racism and it is sinful and racist to suggest that only white people are racist.

BLM is spreading hatred based on lies.  They are spreading the hatred of the evil one, and sadly a lot of people are buying it.  This is an attack on the very fabric of our society and the truths and freedoms we all hold dear.  Will we love our neighbors or hate them?  Will we bow to the lies or stand firm in the truth?

We need to pray for revival and healing in this country.  Pray for truth, righteousness, and justice to spread in our land!  Pray for God’s love to increase and overflow in our hearts for each other!  Pray for evil to be exposed and cast out!  Pray for lies to be cut down and pray for people’s minds and hearts to be opened to the truth!  Ask the Lord to pour out His Holy Spirit on our country and save souls!  Amen!

Only God’s love can heal a hate filled heart, and it is the only thing that will heal our nation.  May His love flow through us all and bring great healing!

Hello, and welcome to my site! I am an independent Christian author (One Man's Very Strange Supernatural Life), blogger, and evangelist for Jesus. My main goal with this blog is to help people come to know Jesus, help people understand the Bible, and to minister to a lost and hurting world. This site is about hope, new beginnings, grace, mercy, forgiveness, and love! I'm glad you are here, God bless you! Copyright © 2022 Ryan Callahan. All rights reserved. View all posts by Ryan Callahan